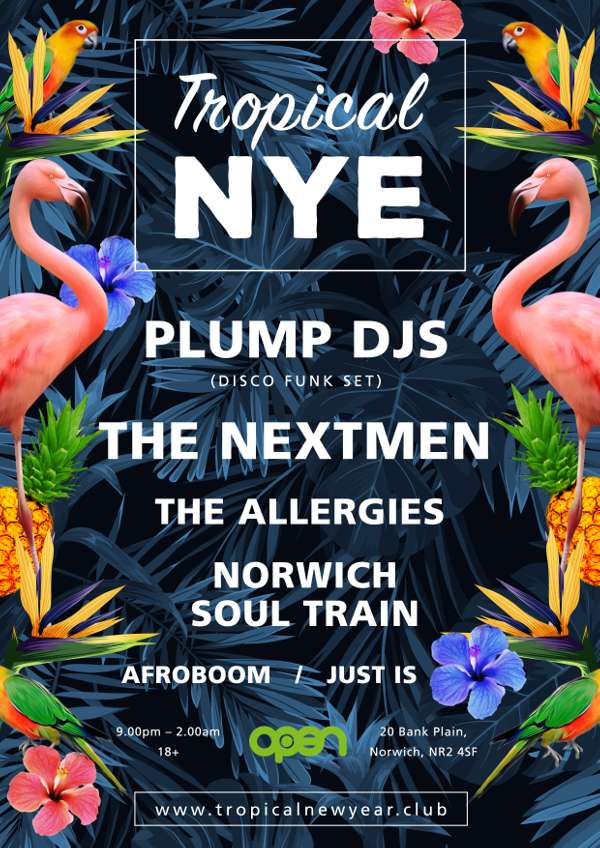 Music for the perfect party whether a sweaty styled-out club set, colossal festival-smash or a crafty roof-top hottie beardy rebrand, doesn't come from a swipe right to cutesy playlists from app-land capitalist pop-culture debris. This is serious shit. No one wants their good time held to ransom by some faux-faced numpty. They want their blocks to rock, they want their limbs to go wavy, they want the good groove to soak into their bones until yes is the only answer to every question. Hold yourself to higher standards people. We'll be dead soon. The Nextmen could offer you a musical masterclass in people pleasing but you'd be too busy dancing your ass off to take notes. Ask Richard Branson who he calls to smash a party, or MTV or the Cannes Film Festival, or any stage on any festival from Glasto to Bestival , Lovebox, every Notting Hill Carnival since forever, Big Chill, T In The Park, or Let Them Eat Cake. Or a club, any club, from Fabric to The Warehouse Project to Black Dog Ballroom, YoYo, Space Ibiza, Electric Ballroom, Womb Tokyo, Egg, Lux, or The Prince in Melbourne - and these boys have happily crushed said dancefloors into oblivion. This is the best of times, tunes are endless, mastery of turntablism & musical innovation resound, future classics crumble genres so why waste your time with vapid buffoonery when The Nextmen know what time it is and will wield your crew into blissed out masses who just want to kick back or kick up with big boss tunes to revel in some musical joy. The Nextmen, also known as Brad Baloo and Dom Search are DJs and producers/songwriters, and are eclectic to say the least. Modern pop? It's a nutriblend of musical abandon - dancehall, drum’n’bass, reggae, roots, instrumental and actual hip hop, soul and soulful low-end boomp, funk & uk funky, indie, leftfield, ambient, pop and straight-up jars-up pleasers. That's The Nextmen. Collectively their recent productions have been to wield their magic for others, having written multi platinum releases for artists including Wilkinson, Etherwood, Sam Smith, Maverick Sabre, Becky Hill, Anne Marie (Rudimental), Paul Epworth, Paulo Nutini, Kiko Bun, Eliza Doolittle, Louis Mattrs, Slo, Karen Harding, Little Mix, Leona Lewis, Ella Henderson, Tommy Trash and so on. This keeps their diaries pretty hectic. Historically they've released critically and commercially acclaimed The Nextmen albums on 75 Ark, Scenario, Antidote, Universal, and have worked with too many to mention - Rizzle Kicks, Plan B, Public Enemy, Blackalicious, Roni Size, Daddy G, Rodney P, The Pharcyde and Morcheeba, Sway, Fat Freddy’s Drop, Alice Russell, Dynamite MC, Kidz In The Hall, Jamaican legends Cutty Ranks, Niney The Observer and Demolition Man, Faithless etc etc etc. Their ongoing podcast series has had hundreds of thousands of downloads and continues as a much devoured gift to the globe and spikes up to number 1 on the iTunes chart with every instalment. They have big plans afoot - another album, a pop-up party tour, the resurrection of their beloved bootleg mixtapes and much more. Get your ears open and ready. Enjoy.